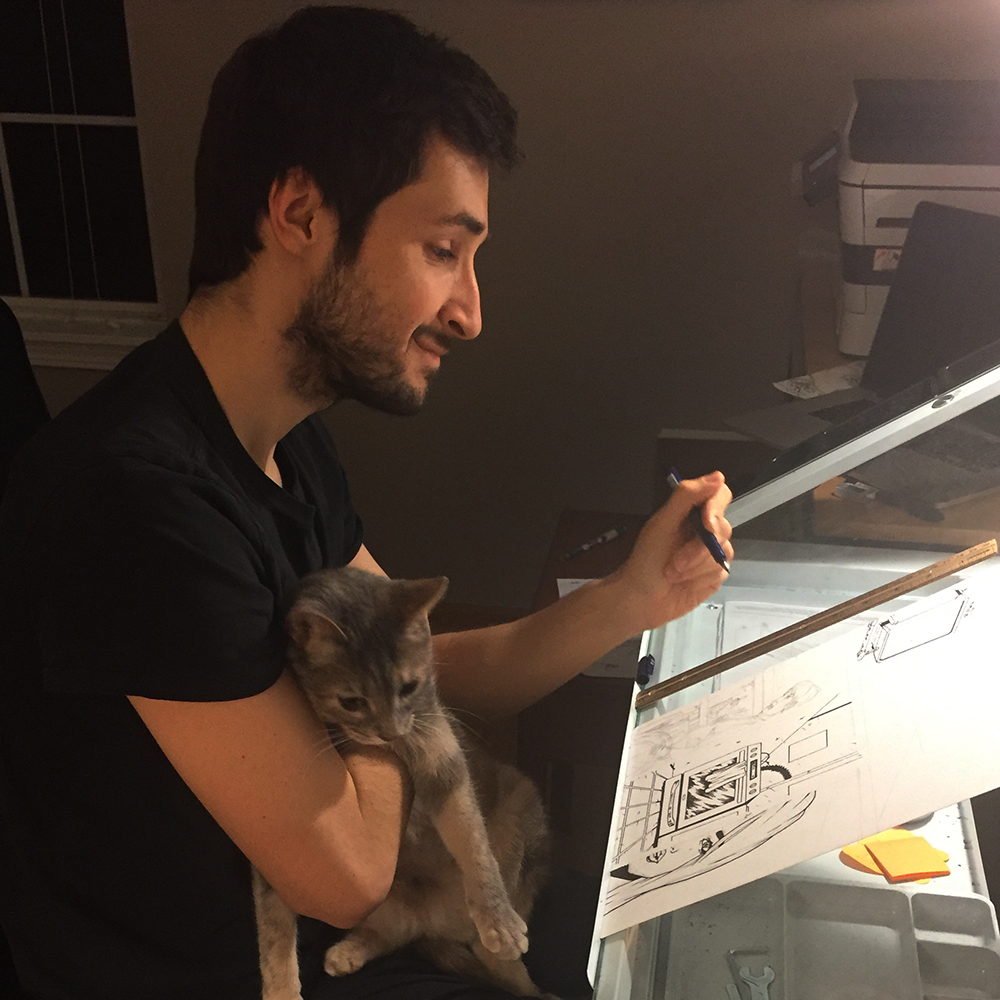 Winston Gambro is a Chicago based artist who created Overflow (as well as many other comics you'll probably never see). During the day he works as a graphic web designer and moonlights on comics he hopes you'll enjoy. He currently lives with his cat Hazel who loves to support his art career (see image). Overflow was a way for him to create a portfolio piece, work on his writing and fill time between work-for-hire jobs (if you're looking for an artist, don't hesitate to reach out).

When he's not chained to his drawing table, Winston enjoys playing Smash Bros or plugging his D&D comedy podcast Legion of Renob in about sections. 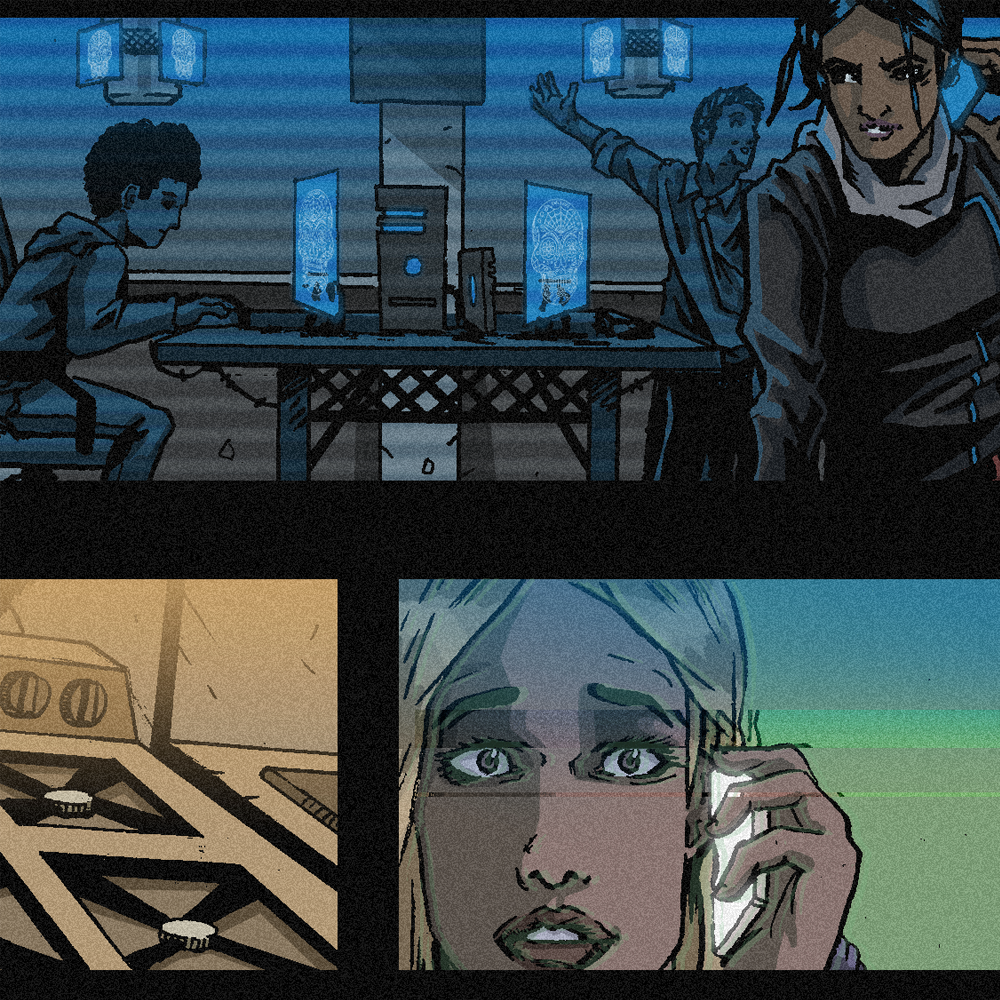 Overflow is cyperpunk or neo-noir (depending on your taste) webcomic about Ava Lee, a private detective attempting to prove her brother didn't commit a war crime and possibly stop the end of the world. The comic was inspired by the daily grind of looking at glowing screens and our numbness to the suffering around us due to the 24 hour news cycle and our smartphone addiction.

Artistically, the comic was heavily inspired by Mister Miracle (by Tom King and Mitch Gerads) as well as Blade Runner, Mr.Robot, Deus Ex and countless other cyberpunk/neo-noir/sad stories.